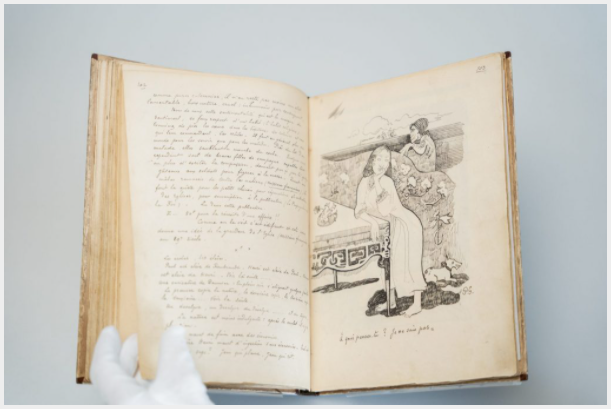 A Paul Gauguin manuscript which has never been exhibited has just been acquired by the Courtauld Gallery. Avant et Après (Before and After), a book-length work, was completed by the artist on the remote Marquesan island of Hiva Ova in February 1903, just two months before his death at the age of 54. The manuscript, illustrated with nearly 30 original images, has been allocated to the Courtauld under the Acceptance in Lieu scheme, satisfying £6.5m of inheritance tax. It is one of the greatest artist manuscripts to be acquired by a UK public collection since the Second World War.