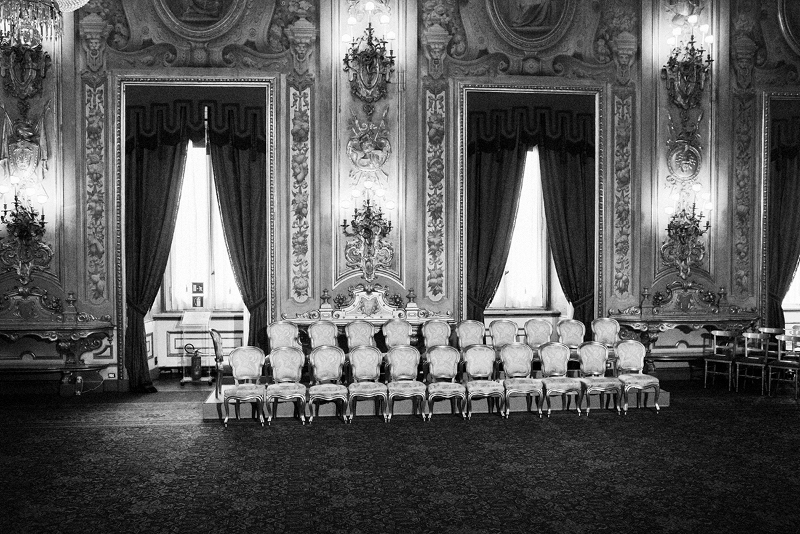 The empty seats of the 21 ministers appointed by the new Prime Minister of Italy Enrico Letta are here before the swearing ceremony of their new government, supported by the so-called “Grand Coalition” between the right wing People of the Freedom (PdL) of Silvio Berlusconi, the centre-left Democratic Party, and the centric Civic Choice of former Prime Minister Mario Monti, who all have opposed each other during the campaign leading up to the February 2013 general elections, here at the Quirinale, the presidential palace, in Rome, Italy, on April 28th 2013.

After a two-month long post-election deadlock the 87-years old President of the Republic Giorgio Napolitano, who was re-elected a week earlier on April 20th for a second term after 7 years in office, invited the vice-secretary of the Democratic Party Enrico Letta on April 24th to form a new government.